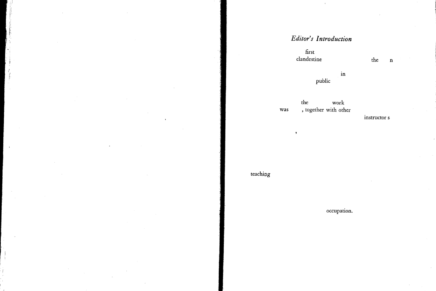 Note: This poem erases the “Editor’s Introduction,” by Robert King Hall, which accompanies the 1949 English translation of Kokutai No Hongi, subtitled in English Cardinal Principles of the National Entity of Japan. The Japanese version was one of the few imperial documents banned in Japan by the Supreme Command for the Allied Powers (SCAP) after the war. 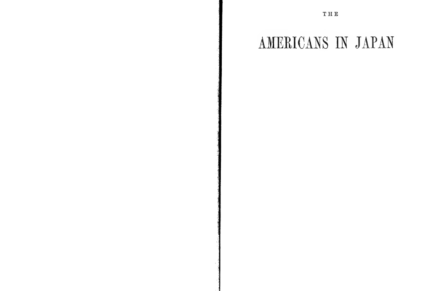 Note: This poem erases a chapter of Robert Tomes’s 1857 The Americans in Japan, an illustrated account of Commodore Matthew Perry’s 1853 expedition. The chapter describes the commodore’s arrival at the largest island of the “Lew Chews”(an alternate spelling of “Ryukyus”), now called Okinawa. At the time, the Ryukyu Kingdom was an independent tributary of both Japan and China. Okinawa became Meiji Japan’s first imperial annexation in 1872, followed by Taiwan in 1895 and Korea in 1910. The United States’ colonial holdings began to grow roughly contemporaneously: in 1898, the U.S. annexed Hawai‘i, and the Philippines, Puerto Rico, and Guam after the Spanish-American War. 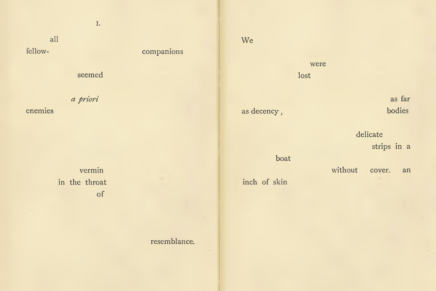 Note: This poem erases “Despised Races,” a section of Robert Louis Stevenson’s 1902 Across the Plains. The erased passages describe the anti-Chinese prejudice Stevenson observed during his railroad travel in the American West. 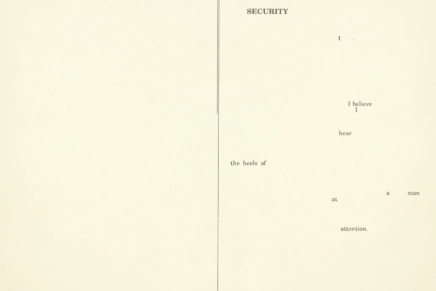 Note: This poem erases “Security in Northeast Asia: From Okinawa to the DMZ,” the transcript of a hearing of the House Subcommittee on Asia and the Pacific which took place in April 1996, during President Bill Clinton’s diplomatic visit to Japan and Korea. Seven months earlier, the largest local and international protests against the U.S. bases in decades had been set off by the abduction and rape of a 12-year-old Okinawan girl by three American servicemen, a series of events that the committee members and presenters refer to obliquely throughout the hearing. 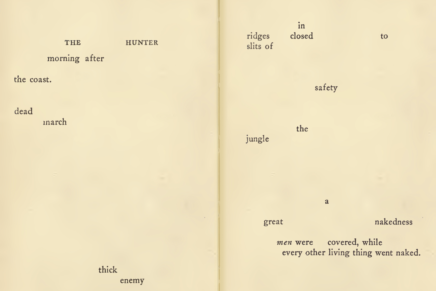 Note: This poem erases “The Tree-Top Hunter,” Chapter 8 of Edgar Rice Burrough’s 1916 Tarzan of the Apes. Tarzan, an American-authored narrative of British colonialism, was extremely popular in Japan during the interwar years as Japan expanded its own colonial empire.

Thank you
for the field between me
and them
even though I can’t see it.
And thanks for the ability to imagine
what can’t be seen.

but not negations, either. No one said
there’s water.

She smiles. I pay cash. I study her hair, iron straight. We lost Baraka yesterday, I want to tell her. I want her
to know we had a friend who died. She says she can help the next person in line.

Tongue is an online literary project dedicated to challenging borders and expanding our notions of form and translation. Relaunched in early 2017, we publish poetry, essays, and visual art by way of Dispatches mailed to subscribers about twice a month.

3.2—Safiya Sinclair, Kimiko Hahn, & an essay from Zohra Saed on the travels and photos of Langston Hughes in Uzbekistan